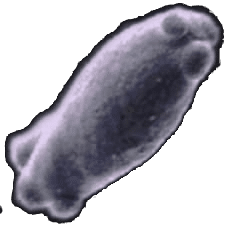 Wild beers are beers fermented with a mixture of cultures; in addition to Saccharomyces cerevisiae, other yeast and bacteria are used. Typical of wild beers is the use of Brettanomyces cultures which produce unusual flavours – often earthy, animalistic-type flavours, as well as fruity aromas, often enhanced by the addition of grapes and other fruit. Wild yeasts can infiltrate beer during the course of spontaneous fermentation, but nowadays, several yeast labs offer Brettanomyces and other cultures. Yet, the term “wild” does not refer only to the yeast origin, but also to its behaviour. Brettanomyces yeasts will be active even in the bottle; they produce lively beers which will evolve in character throughout their bottled life. These are beers defying standardisation and are thus unsuited for industrial production. Industrial production is characterised by mass sale due to standardisation and a type of marketing which creates a taste perceived as typical for the beer brand in question. For the beer aficionado, wild beers offer a new experience in taste; the boundaries between beer and wine start to blur. The character and impression conveyed by well-aged Berliner Weisse is often similar to that of wine.

The following are links to information about wild beers: