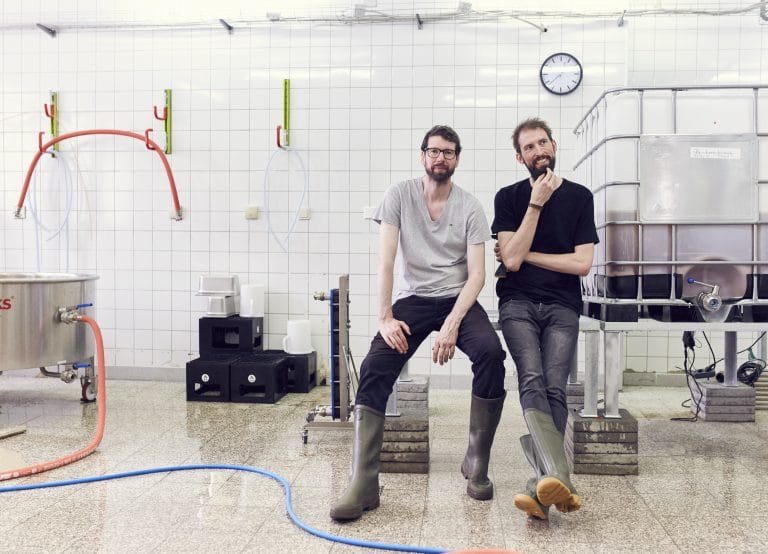 Flügge brewery is a micro-brewery in Frankfurt am Main which focuses on brewing wild beers having their own strong character. Handiwork, hands-on experience and a feeling for craft beer are the basis of each operation in brewing, from crushing the malt to bottling.

The owners Dominik Pietsch and Joachim Amrhein share the work in the brewery: Dominik is the brewer whereas Joachim works with figures and paragraphs.

Flügge prefers non-standard yeasts, in particular yeasts which are rarely to be found in German beers at present, as these are rather frowned upon by many German brewers. However, it is these wild yeasts (Brettanomyces) which bring out new aromas and flavours unknown in German beers up to now – with just a few exceptions, for example traditional Berliner Weisses.

One of Flügge’s beers is “Käte”, a stout which produces a clear flavour of sour cherries, simply due to the wild yeasts in fermentation. Other beers are an IPA called “Djup”, also fermented with wild yeasts, or the rye beer “Flinn” which has a pleasantly aromatic taste of grains thanks to its high rye content, and, of course, “Fränk”, the maracuja sour – a sour beer which is fermented with maracuja purée and makes an ideal summer drink with only 3.5% alcohol. As you can see, Flügge consciously ignore the restrictions of the German Reinheitsgebot by adding fruit to their beer. 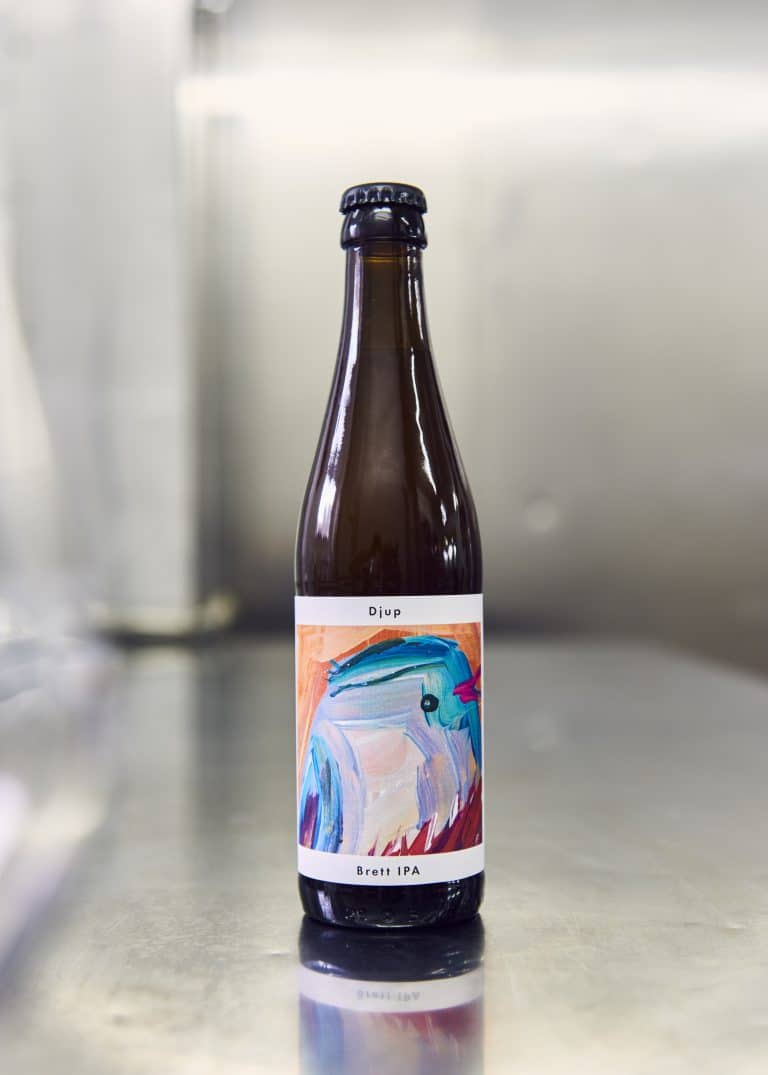 Look forward to getting acquainted with Djup and Fränk at our Festival!

Flügge’s description of their beer for the Berliner Weisse Summit:

Fränk – our Maracuja Sour not quite in line with the German Reinheitsgebot, kettle sour wort, fermented with kveik and maracuja purée, 3.5% alcohol.

Tickets for the festival